What Can People Running Businesses Learn From Tim Tebow? 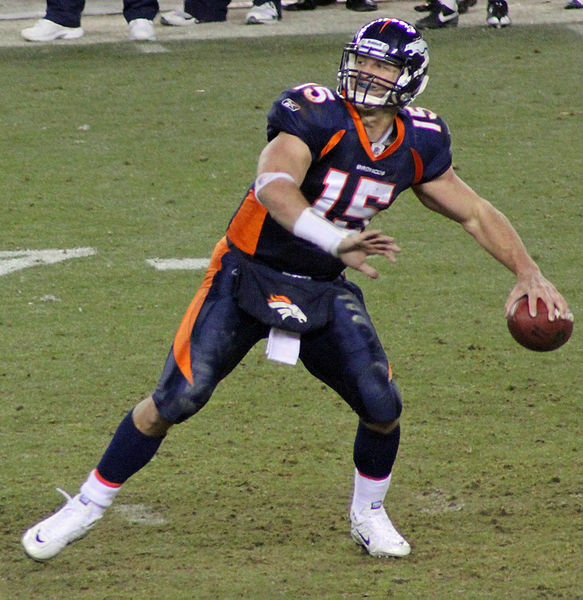 Even the media is having a hard time figuring it out these days.  The mystique of Tim Tebow.  He’s a collection of attributes that falls so far beyond the mold for what we expect in star quality professional athletes that we question his persona.  Particularly as an NFL quarterback!  He simply doesn’t match the model that sports fans across the country have come to expect from our precedents in his role.

Yet there is something important that business owners can extract from the disturbance he’s created in the NFL.  Something that may be difficult to translate at the surface, but is applicable to business leaders and managers all the same.

So, how is Tim Tebow most different from what we’d expect?

Because of all this, he’s the talk the news, and not just sports news.  The proclaimed boy leader of a group of grizzled veterans whose toughness you’d be hard pressed to match off the gridiron, he inspires a confidence in those around him that defies our conventional logic.  Criticisms, even after the dismal post-season loss to the Patriots, don’t stick.

How would you like to be the Tim Tebow in your business?  If the answer isn’t yes , stop reading now.

But for those of you still with me, here’s what it’s all about.  It’s a way of thinking about one’s self, more of a code of conscience, that’s been around for a very long time.  But a code that our highest visibility sports icons of the past 40 years not only have left behind, but also seem to have purposely buried through excessive behaviors. What the fervor around the “oddness” of Tebow says is that the traits of the old code are still fundamentally sound — in sports and in business.  They’ve just been overshadowed in our cultures — business and non-business  alike — for a while.

To explain it best, I’m going to borrow from a list penned by a Scotsman, Professor Henry Drummond of the University of Edinburgh, for a lecture entitled “The Greatest Thing in the World” that he delivered to a remote outpost in Africa in 1883.  In it he outlined exactly what mystifies us about Tim Tebow.  A code that’s available to us all, simply as a matter of will.  Good, old fashioned will.

So, how does all of this relate to your job as someone running a company, a division, a group or a team?

Simply write down these nine attributes on a card.  Read it every morning.  Put it on your desk so you can see it during the day.  Then take 5 minutes after closing up shop to think about your day with your card in hand.

Subtly, it will begin to make a difference in how you feel and act.  But the first and most glowing recognitions are likely to come from others you touch.