Character at the Top

As a young consultant in the 1980’s a revelation rocked me.  By that time in my career I’d been deep inside of roughly 50 mid-tier businesses.  And through the course of those assignments I’d had spent extensive time with the key members of the executive teams and had gotten to know their CEO’s.

The revelation was this.

If given the chance to spend a few days talking about any mid-tier business with its key managers in the first and second levels below the CEO, I could write an accurate profile of that CEO.  Without ever having met, or even laid eyes on, her or him.

Not because I have any magical powers or rare perspicacity.  It was simply the result of the opportunity to ask penetrating questions to lots managers in lots of organizations, and recognizing patterns among their answers. Patterns that bridged over individuals’ personalities and were common among individuals working in the same structure.

As soon as I recognized the existence of the patterns I could associate them immediately with the values, style and operating philosophy of the person at the top.  Said differently, the character of the individual at the top has a pervasive effect on the thought processes of the other members of any organization.  Even on ones who don’t respect or even like their boss!

It’s imprinting.  Just like little ducks and geese, we all are influenced, involuntarily and most unavoidably, by the character of the individuals at the heads of our organizations.

What I saw then, and have seen reconfirmed over the years since are two central issues of character: 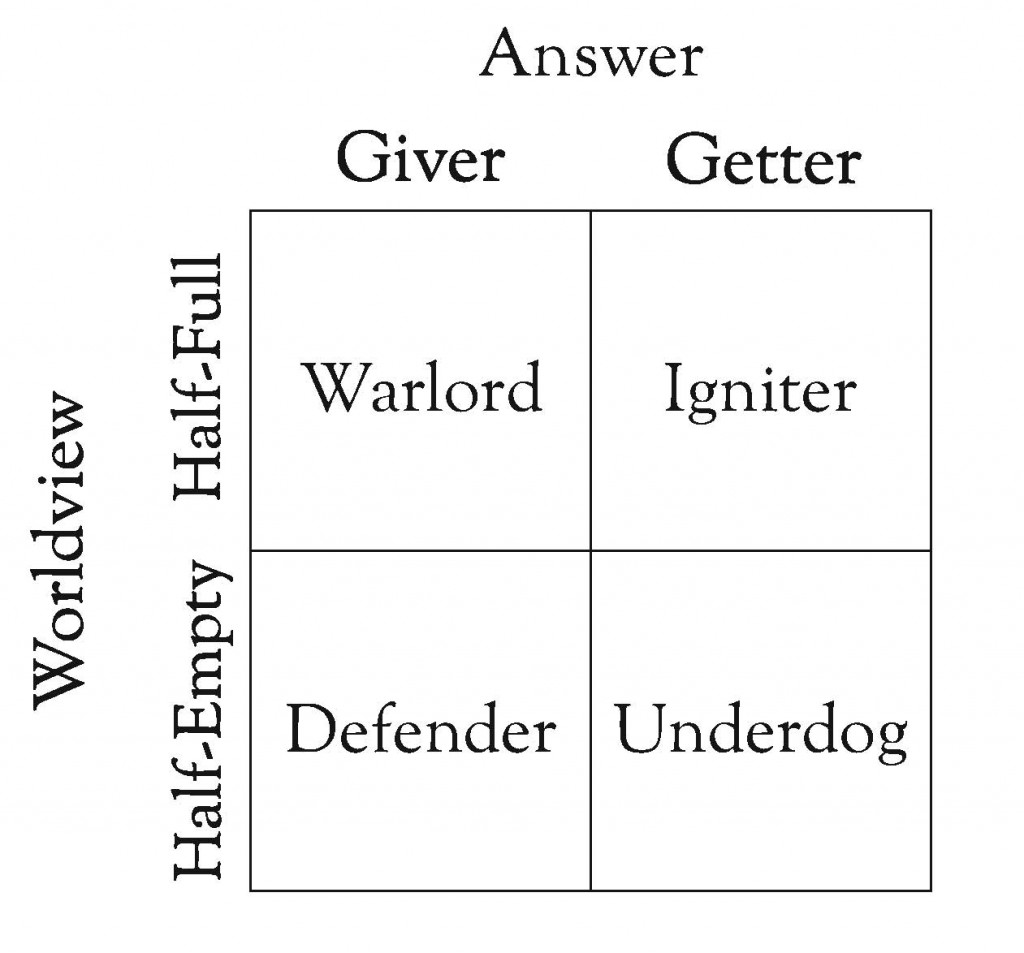 Whether a CEO’s worldview is one of threat or opportunity does more than anything else to set the spirit of an organization.  Even through the worst of times, rationally optimistic CEO’s create follower-ships with the greatest chances of survival and gain.  And through the easier times, these CEO’s inspire first mover advantages, with a willingness to fail along the way in order to achieve significant ends that lesser inspired organizations always fail to accomplish.

Along a different dimension, CEO “answer givers” cap the brain power of their teams.  Those gifted with the character of seeking solutions from others always assemble more productive, dynamic and enthusiastic supporters.  These kinds of CEO’s take every opportunity not to deliver a solution, but rather to set the circumstances for others to find it.  And then, perhaps, add their spin so that the finder feels ennobled and inspired to do even better the next time.

Sounds logical, and it is. And if you have the opportunity to visit with other companies and to talk with their executive teams, you’ll see it too.

The illogical part, however, is that hardly any CEO’s judges her or himself accurately along these lines, and hardly any organizations think consciously about the impacts that just these two character traits have on the culture of their organizations. But if you think about it, you can.

So What Do You Do To Become an Igniter?

The first requirement is humility and a solid sense of self-esteem.  With those in place, assemble your team and explain the two dimensions.  Ask each member to draw the 2×2 grid — sees the world as threat or opportunity, and answer giver or getter — and to spot you on it anonymously and to give you the papers.

Then draw the grid on a white board. Add your spot as you see yourself.  Then add the others’ spots.

Ask for comments. You may be surprised.  And you may get to be a lot better Igniter as a result.